Every family has their own Christmas traditions.

As children, Dad would read “The Night Before Christmas” (with me irritatingly quoting it alongside him, knowing it by heart) to us, curled up in front of the open fire in his study – a room we were only allowed into by invitation. Then, we would all go to bed as early as possible, to make Christmas come quicker. We would share a room and fall asleep listening to Christmas songs on cassette. At some point during the night, Dad would sneak in with our stockings and we would wake up to magic.

The stockings would be opened with great delight and proved a cunning way for Dad (and in my earliest memories Mum and Dad) to get a chance at a lie-in. I vividly remember the year we each got a tin of something we particularly liked – I believe one sibling had spaghetti hoops and mine was Campbell’s chicken soup – only on closer inspection, the tins had been opened and carefully resealed: they were now full of sweets! And every stocking had a satsuma in the toe and an apple in the heel.

We would then be allowed to open one tree present before breakfast and the rest throughout the day. I would usually get Sylvanians, Lego and books and that would be enough to keep me quiet throughout the day. The afternoon walk would include a trip to the park and then visiting friends to exchange presents. And there would be lots of chocolate. 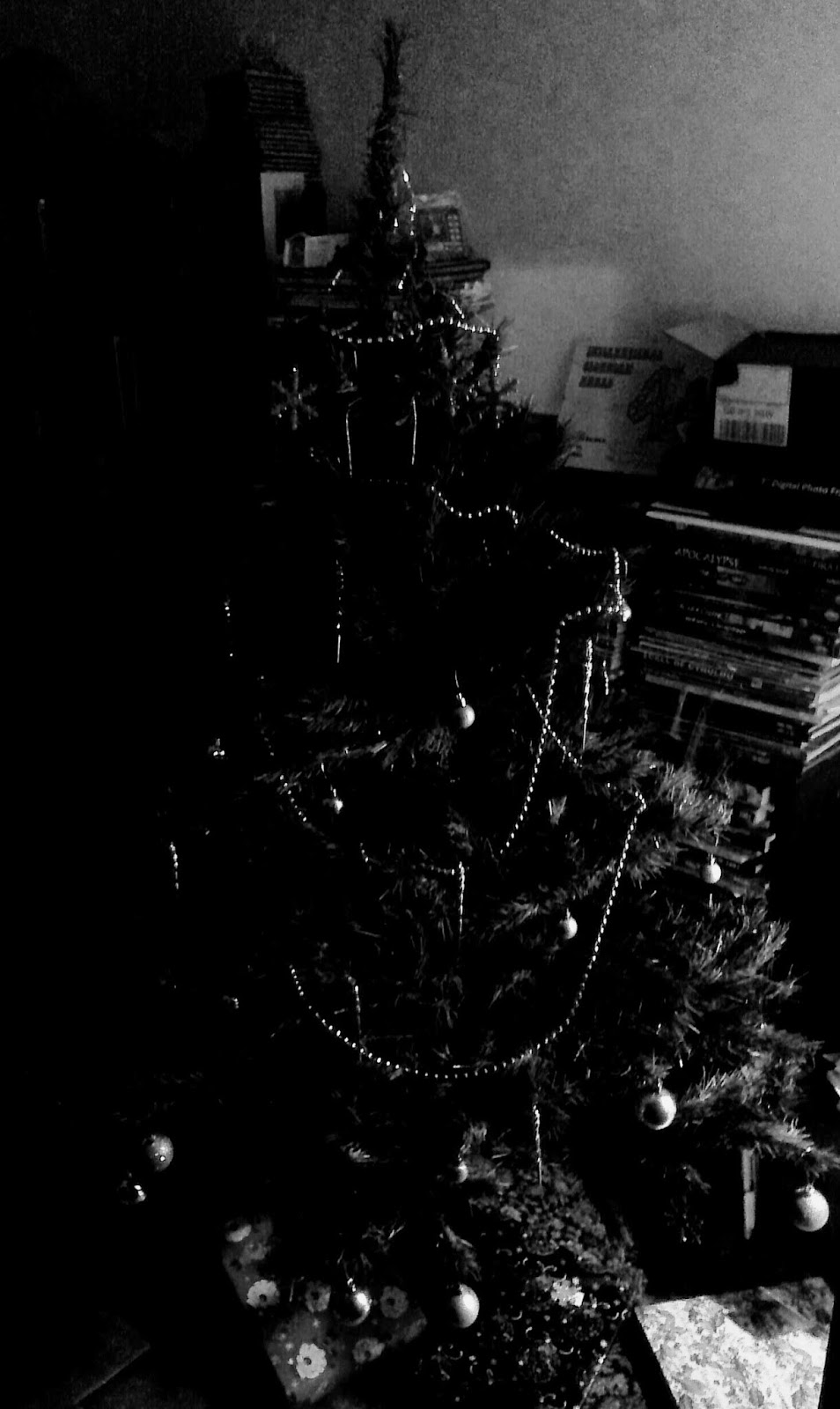 These days, we don’t share a room but do still meet up at Dad’s on Christmas Eve. There are far fewer tree presents: we do a lucky dip/secret santa so each of us gets and gives one present. We still all have stockings: Little Sister and I now tend to be in charge of filling these, but everyone puts a few things in everyone else’s. Stockings are then handed to those who haven’t gone to bed, and left outside the doors of those who have. We’re also all less likely to be up at 5am to open them…

Dad cooks the turkey – I can’t remember when it changed to turkey; it was always chicken when I was little – and we usually congregate around the tree for presents once everyone’s digested. Then Husbit and I head over to his Mum’s for more presents (again, a stocking and a lucky dip/secret santa tree present); Boxing Day is spent back with his family eating too much and playing board games.

This year, I got the board game Pandemic twice (well, I got it once and Husbit got it once), so we’re trading one copy in for one of the Arkham Horror expansions we’re missing. I also got some clothes from 3rd Rock Clothing to use when climbing or for circus (I tried the top on for the first time this morning and it’s so comfy I’m refusing to take it off). Husbit’s chipped in to the Paranoia kickstarter for me and I got him a digital piano (with the help of our musical GM) – we’ve both been enjoying that.

Other friends have also received new games, so it looks like a games night may be in order…
Posted by Fern Kali at 20:56