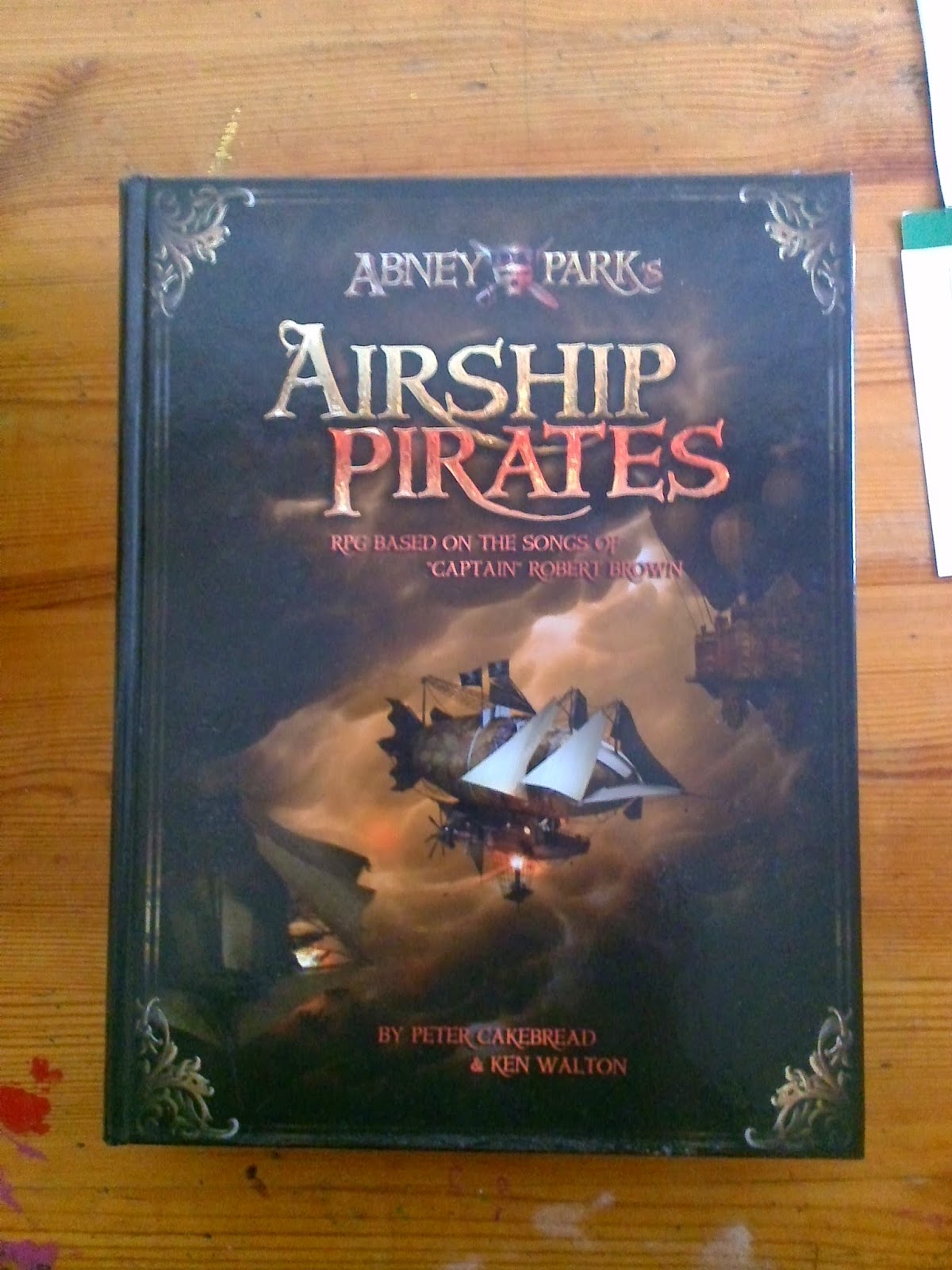 It’s not rare per se, but I don’t know anyone else who owns Abney Park’s Airship Pirates. It looks so shiny and pretty and I really want to play!

Day Thirty One – Favourite RPG of All Time

Ooooh, this is a hard one. Let’s face it, I am loving the Pathfinder campaign I’m in, but it’s the campaign rather than the game. And that’s true of many games – the game, the GM, the players are more important in making something enjoyable than the system.

That said, I think the old World of Darkness Werewolf is probably my favourite. There are certain people I wouldn’t play it with because I think their style would distress me because it’s not how I picture the game, but the game I played at uni was amazing. 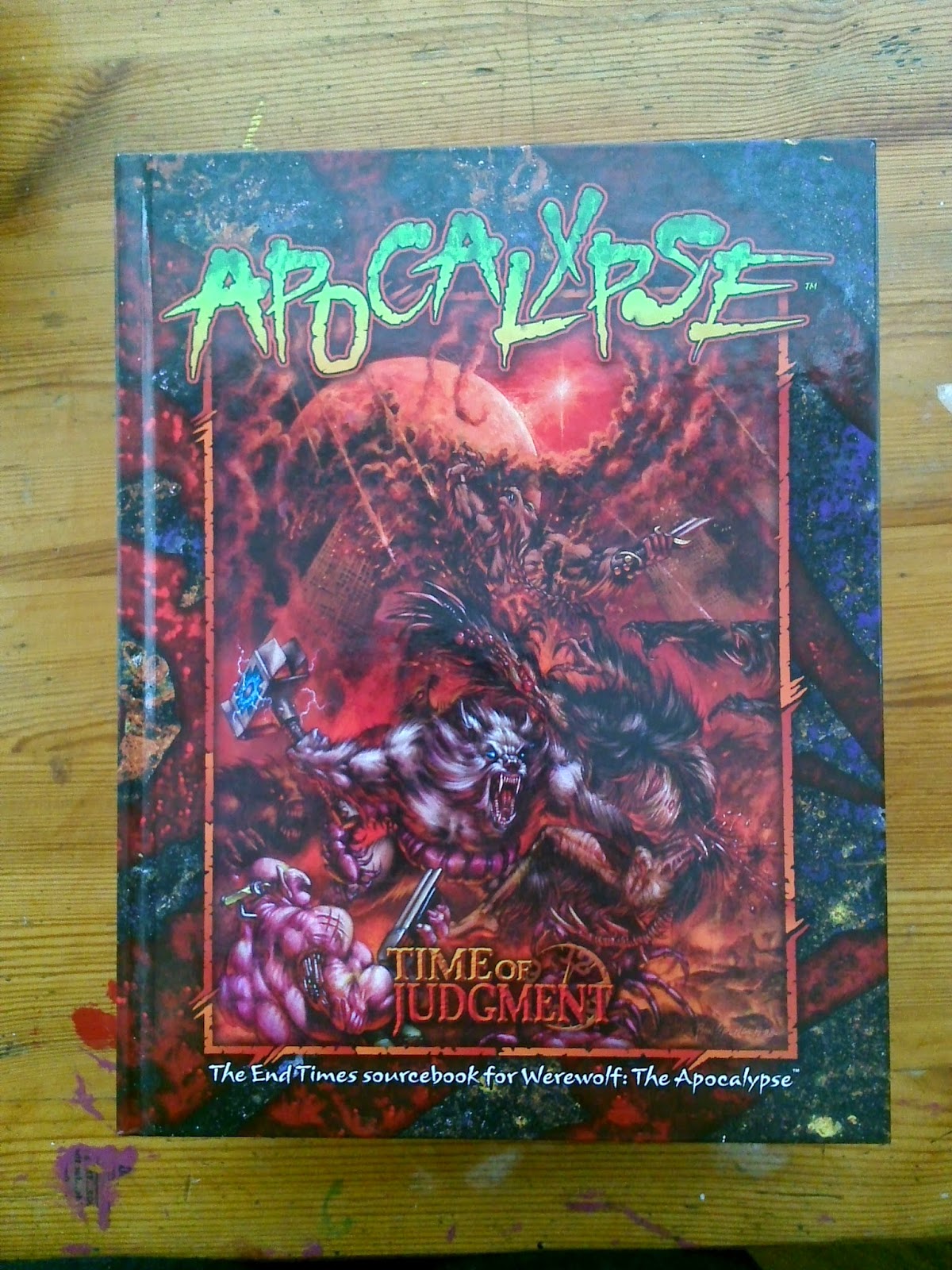 So, can I explain why I love it? For a start, it’s a game where I get to role handfuls of dice at a time, which is always nice. It’s a game in which you are very powerful – again, something I enjoy. I need that escapism sometimes (it’s why I’m loving Aberrant – to be so powerful. It’s fun and freeing).

I think maybe because it’s a game that encourages teamwork. A werewolf pack has to work together, to defend each other’s weaknesses and support each other’s strengths. I don’t know many other games where that feels as important. And I’m not saying I need it in a game, either – sometimes a bit of inter-party conflict or mistrust can be fun (I love Vampire, too).

A lot of my love for it is down to the amazing game I was in at uni, with my lovely Starlight. Playing a character you can really get into helps. It was a wonderful story, very intense. That helps too. The other characters were fun and interesting and complimentary. We worked well together. 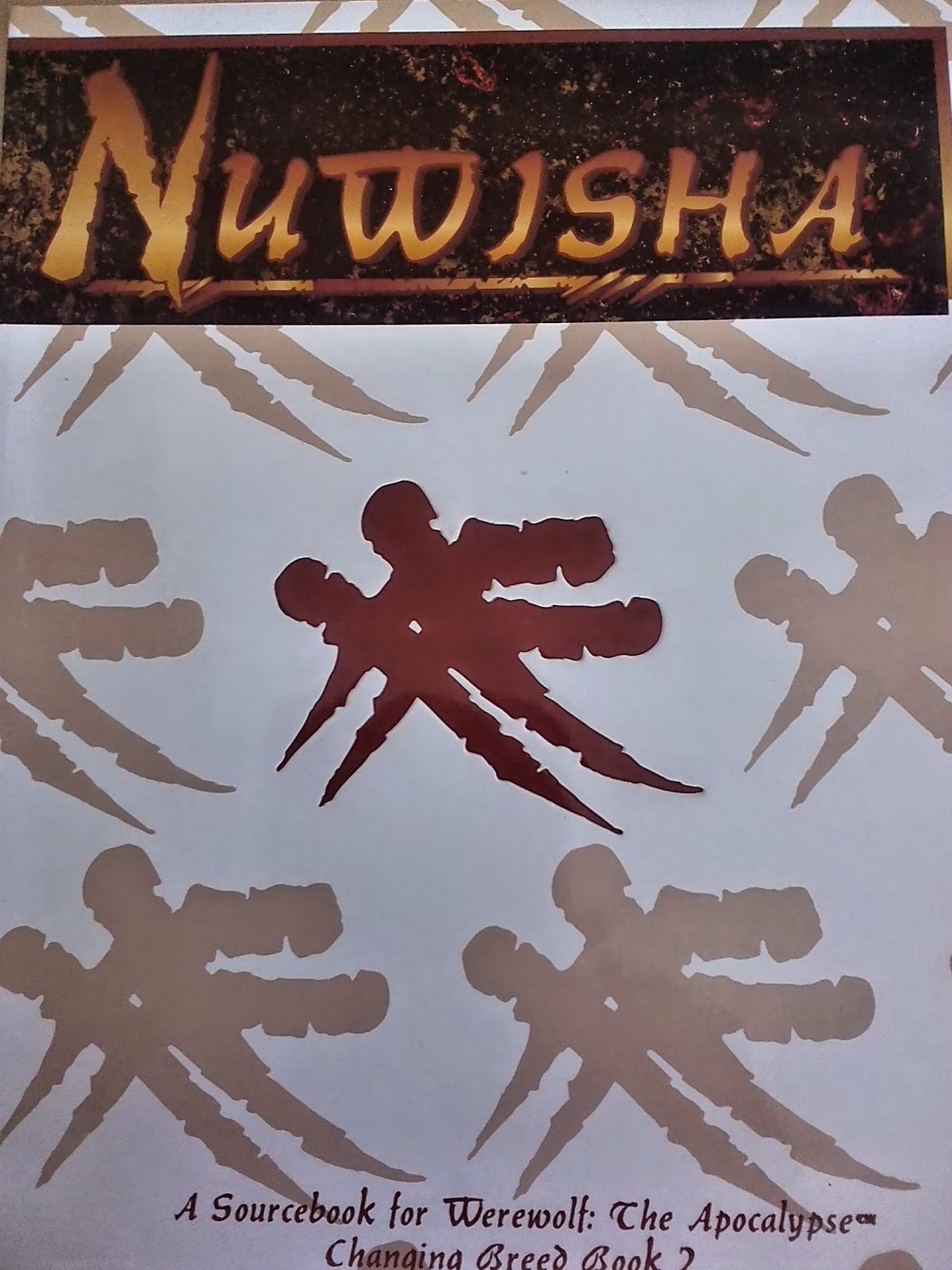 The background and fluff also catches my imagination – I’d love to play with the other changeling breeds. I want all the supplements and books and a few weeks to just curl up with the Puss and enjoy them.

So that’s it then. 10 days late, but I’ve finished. I’ve really enjoyed the challenge and having some structure to write to. Look forward to taking part on time next year.

With thanks to Autocratik.
Posted by Fern Kali at 23:00